The meeting started at 10:45am and was attended by 26 members who consisted of NGO’s, Government Official Religious Leader, Security officer, and School Head teachers among others.
1.       Agenda 1
Opening prayer was led by one Mr. Watmon Francis.
Agenda 2
Introduction
Every members who came for the meeting introduces his or herself.
About ALIN 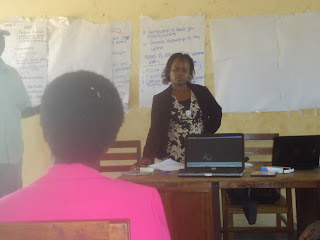 Esther introduces ALIN as ARID LANDS INFORMATION NETWORK and it a network of NGOs CDO etc and she says it is an International organization which are in Uganda, Kenya and Tanzania.
Esther Hint on ALIN Mission.
ALIN MISSION
ALIN Mission “Facilitate Knowledge and information” to achieve these ALIN has got publication such as Joto Africa, Baobab which are use as a mean of disseminating information and knowledge. Other mission for ALIN is Capacity building through Exchange visit, Training base on the Needs and establishment of the knowledge centres. 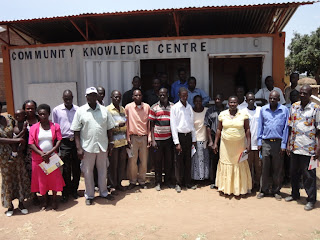 THE THREE CORE VALUE OF ALIN
I.            Enabling Access
II.            Creating Knowledge
III.            Empowering People
MEMBERSHIP
To be a member one is required to fill the membership form. And when one becomes a member there are benefits such as Receive free information, Capacity building and sharing Experiences among others.
MAARIFA CENTRE
Maarifa centre comprises of three bodies ie the ADVISORY COMMITTEE, FIELD OFFICER and the Centre VOLUNTEER. The Advisory committee over see Maarifa Centre.
Esther stress that any service offered by ALIN is FREE and that no charges are attached to any service.
ROLES OF THE ADVISORY COMMITTEE
I.            Advice Maarifa Centre staff on the implementation of the AIMs and OBJECTIVES of the Project.
II.            To ensure that the needs of the Maarifa and the Users are met.
III.            To develop guideline and Policies and Policies for the centre operation.
IV.            To popularizes the centre.
V.            To support in sourcing relevant materials for the centre.
VI.            Facilitate regular Meeting.
VII.            Monitoring and Evaluation.
VIII.            Participate in Planning of centre activities.
IX.            Identification of NEEDs for capacity building.
X.            Promote ownership of the centre.
From the introduction of the Advisory Committee, a member appreciated the introduction of the AC whereby he says these will lead to the smooth running of the centre.
CRITERIA FOR SELECTING THE ADVISORY COMMITTEE
a)      5-9 people
b)      Have a leadership skills
c)       Diversity-ie Representation from different users group Eg: Government, NGO’s, CBO’s, Youth, Women, Physically challenged.
d)      Willingness to Volunteer.
e)      Understanding of Community development Issues.

CLOSING REMARK BY VICE-CHAIRPERSON LC3 AWACH
Started by thanking ALIN for extending their service up to Awach. And he made a testimony on how he got very important information from the knowledge centre.
The chairman also stress that the Advisory Committee should be committed in that everyone carry equal role to run the not only the Advisory Committee.
He says he is very happy for the free services offered by ALIN.
And lastly he thank Esther for her travel all the way from Nairobi to Awach and extended his greeting and greeting from Awach to ALIN staffs in Nairobi. 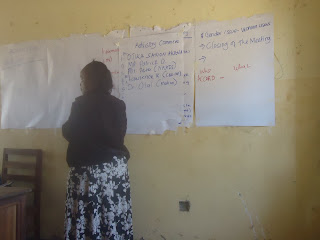 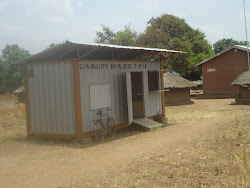 AWACH MAARIFA CENTRE
Gulu, North, Uganda
Awach maarifa Centre is one of the many Knowledge centre operating in Nothern Uganda. This Centre Oparetes for 6 days in a week with the aim of servicing the local population on verious services like Free internet, Free ICT training, Free Library Services.